Newgrange Neon Spiral
Jonathan Kelley
2017
The profound appeal of this spiral shape as well as the timeless continuity of the pattern have obsessed me to the point where I have written a one man show of sorts, featuring myself as well as a female vocalist, where I talk about what it all means to me, what counts, and what doesn't count, where we're all heading, where we come from, and how best to focus on bringing out the best in each other.  I hope to present this work in public at some early date. 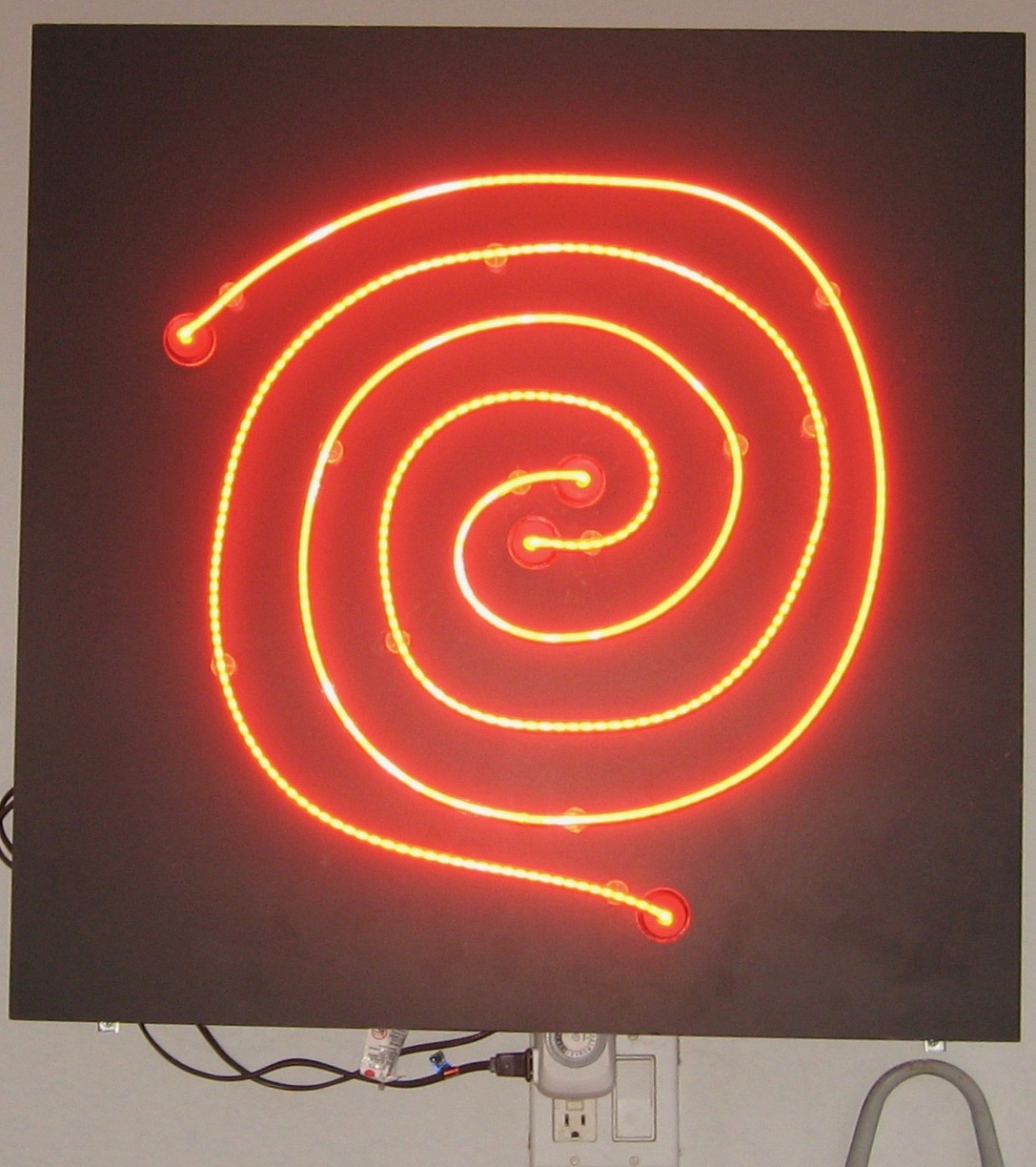 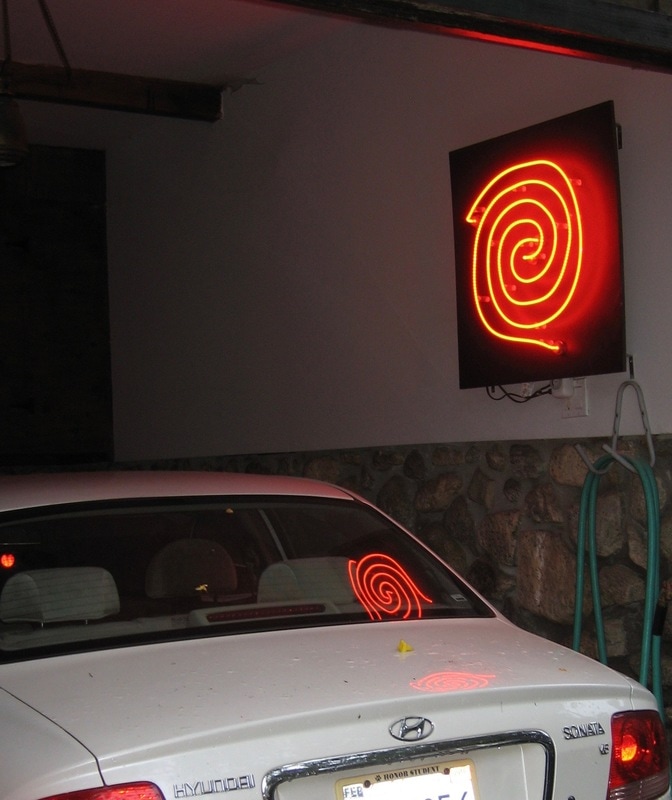 The work now hangs at 661 Woodland Drive, Sierra Madre,
where I can see it every day, and draw energy from it.   The ying and yang of the universe.

It had been on display at ​Mary's Market in Sierra Madre, CA  November - December 2016. 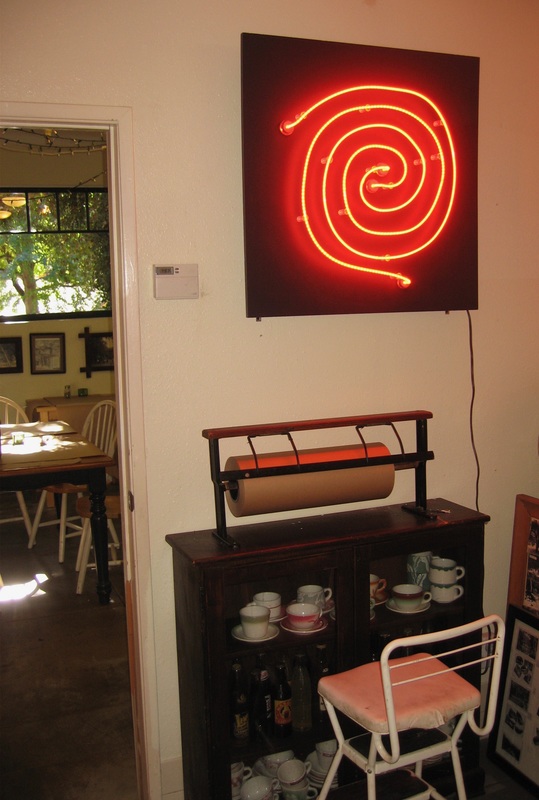 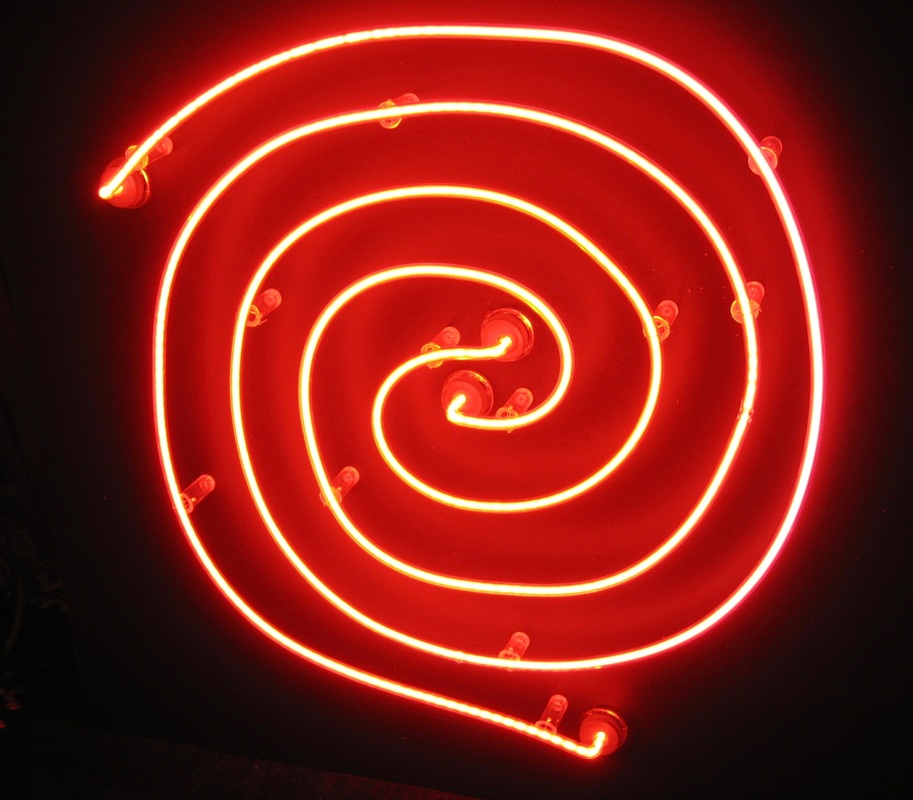 Five thousand years ago, on the east coast of Ireland, in a community today called “Newgrange,” people built a circular megalithic tomb, 249 feet across, 39 feet high at the center.  It’s a low mound with green grass growing on the roof.

Every year, at the winter solstice, the first rays of the rising sun shine through an opening above the entrance to the ancient structure, lighting up the king’s burial chamber deep inside. 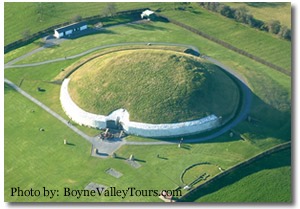 In front of the entrance, there are rocks, into which are carved different symbols, including spirals,
​after which I crafted my spiral. 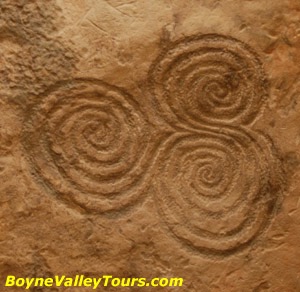 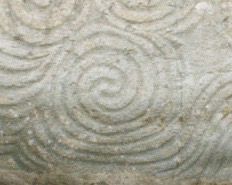 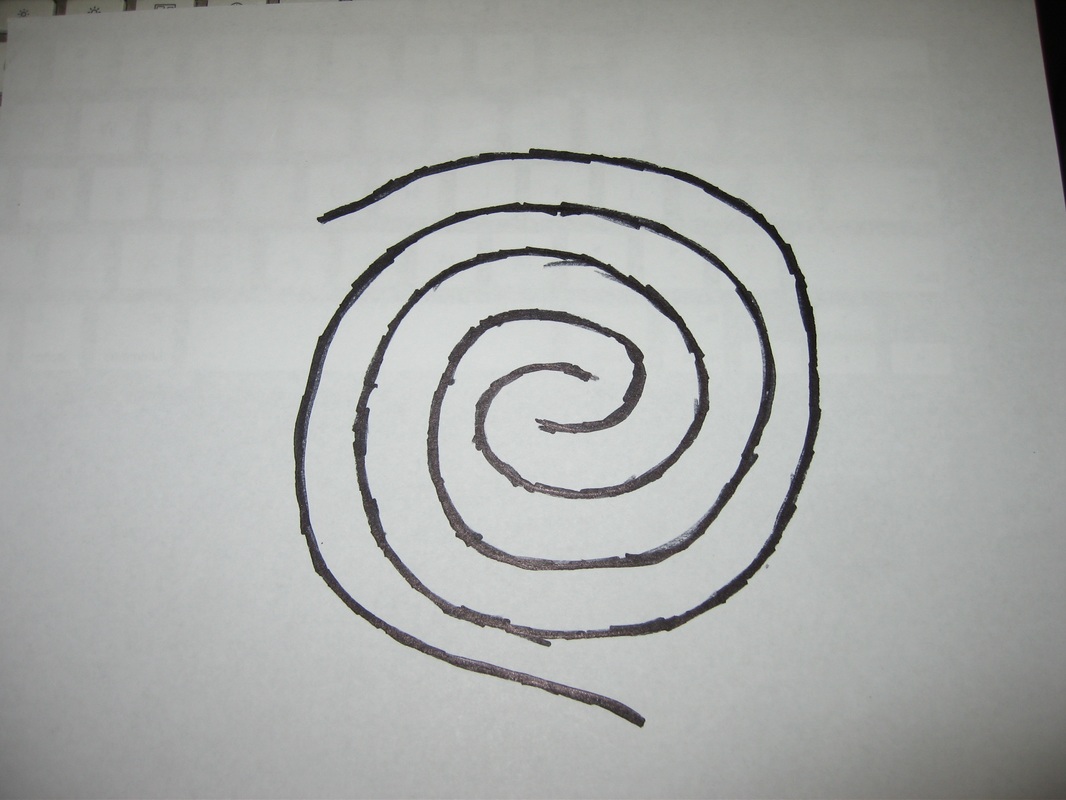 5,000 years. Think of it.  200 generations.  What were these Neolithic Irish people like? Anything like the
Irish people of today?  Did they drink?  Did they tell jokes?  Write limericks?

But the creative spark for this project was passed to me in my DNA, my genes, my chromosomes, from whoever carved that spiral in the rock 200 generations ago.

This spiral is my way of saying, Hey, I’m part of you, and you’re part of me.

Have we come to this?  From Newgrange? 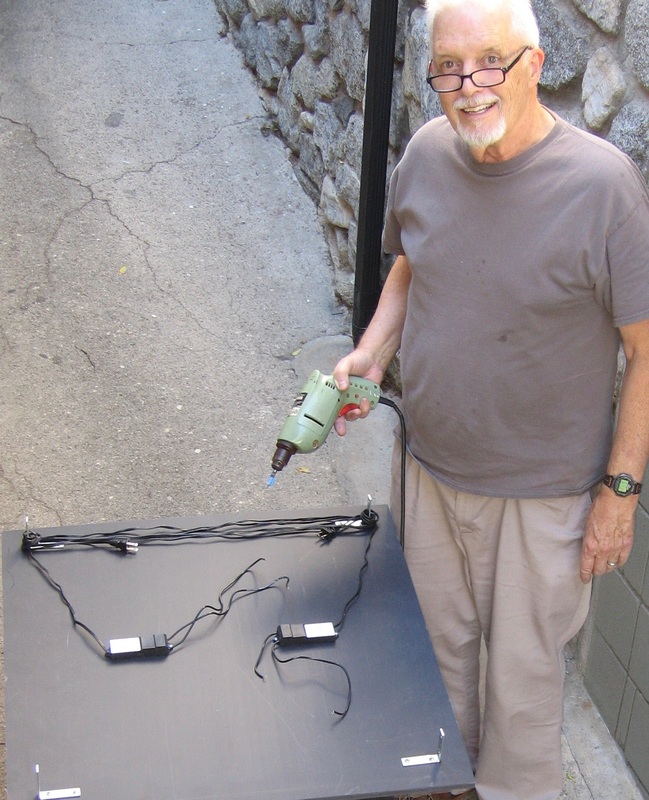 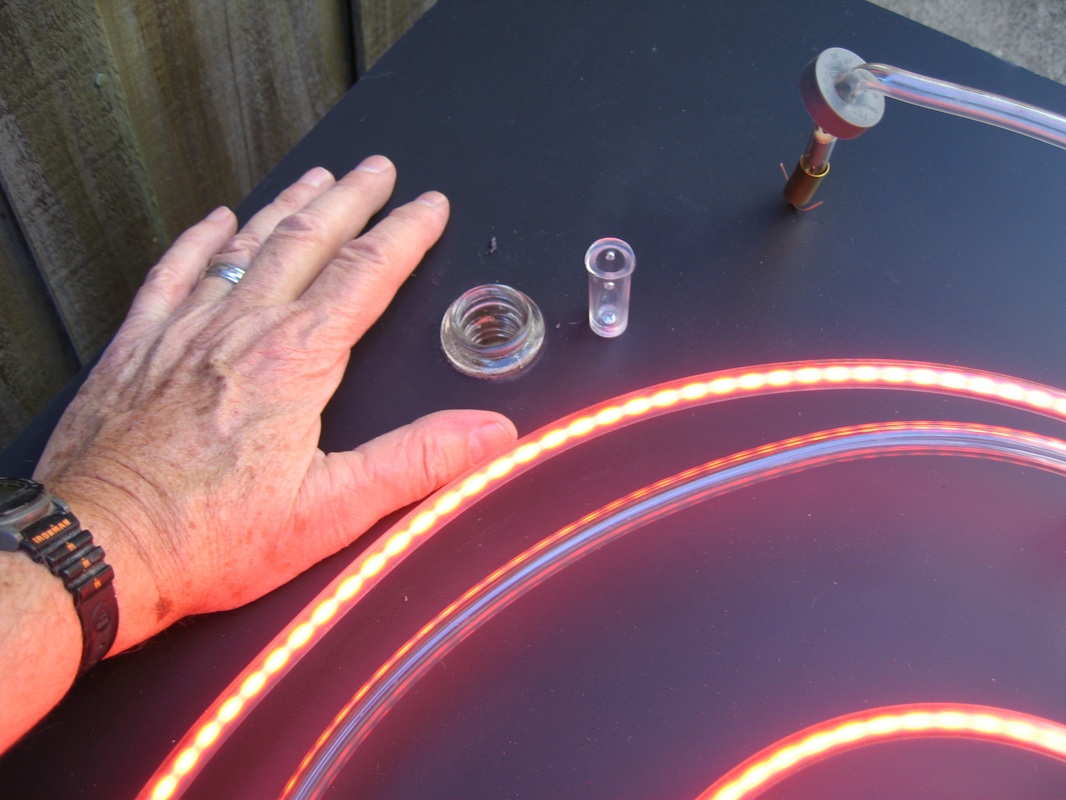 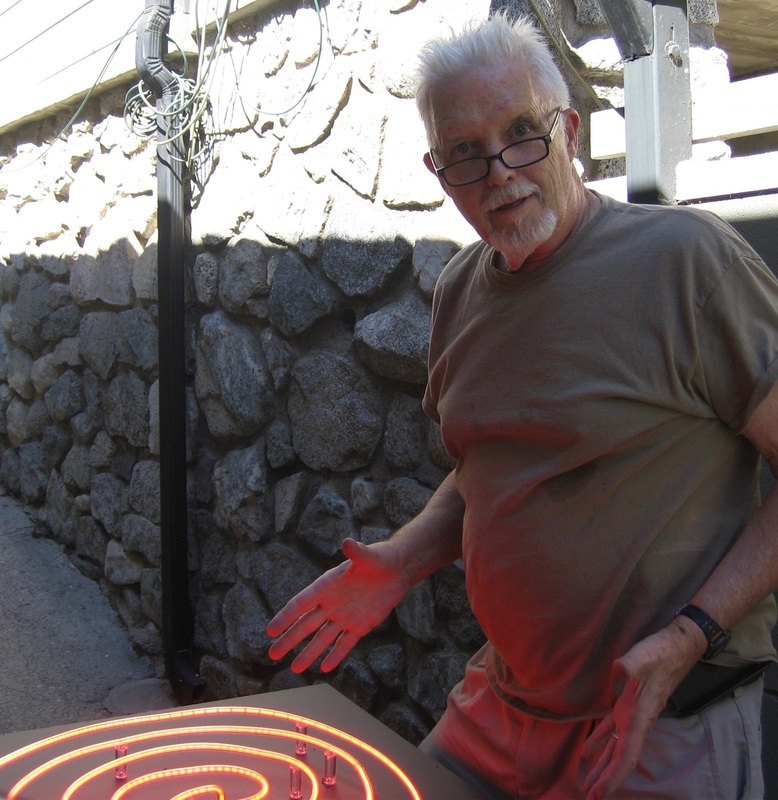 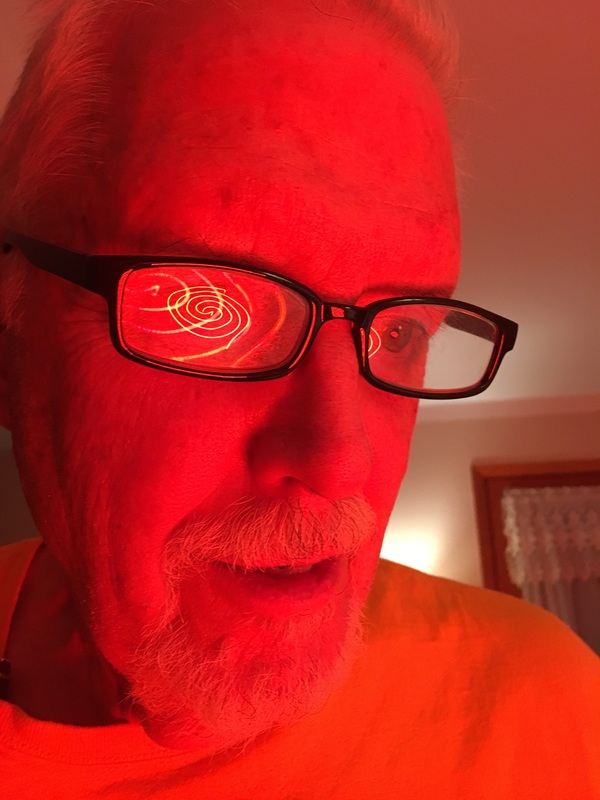