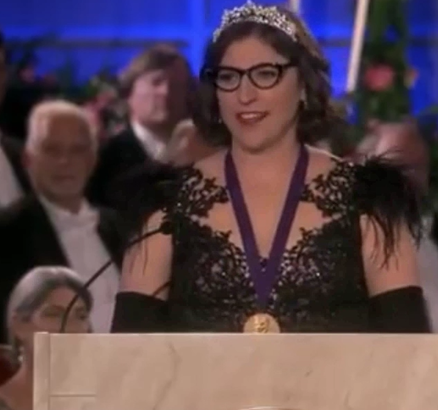 Working as a background extra... I can't really call it acting, in that one is a warm body placed wherever the 2d AD wants you to be.  Often they don't know your name.  You don't talk.  You're usually not in focus.  You earn a modest day's wage.  The food is usually quite good.

​It is a privilege however to have the opportunity to make the scene more real for the principals, and to do one's best to help them do their job.  While the economic rewards are inconsequential, it's all worth it when, as in Scream Queens, John Stamos, playing the role of the surgeon, looked at me as the background anesthesiologist, and said, "You're doing a great job!"  To which I replied, "And so are you!"  Or at that same session, the brilliantly prepared Jamie Lee Curtis gave me a cordial wink as she came to the head of the operating table in our scene.
Scream Queens, Rapunzel Rapunzel episode, December 2016
Bones, The New Tricks in the Old Dogs episode, January 2017
This one is especially interesting in that in my four appearances in the outdoor section of the clip, there is discontinuity in that it would have been impossible in real life for me to be in my four locations had I been walking normally!    But hey, this is show business!